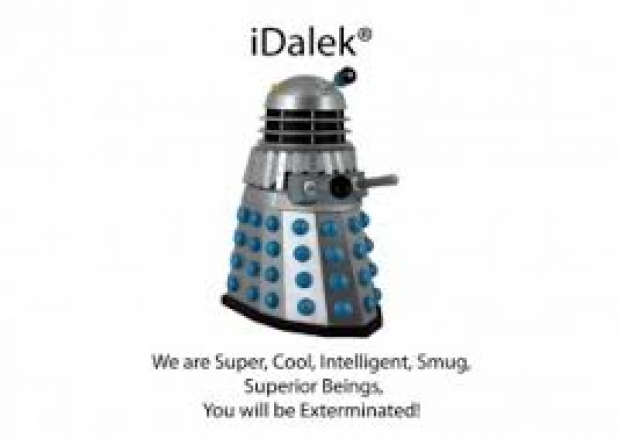 It turns out those lock-ins have a knock-on effect

Over the last few years, Apple has quietly killed off the online advertising industry, and in iOS 13, it's kneecapping the digital marketing industry completely.

'Sign in with Apple' is a flagship feature in iOS 13, due to be released in the fall, makes it easier to sign into apps. Just like signing in with Facebook or Google, the idea is that it'll make it easier to create an account in an app without typing out your details.

The difference will be that Apple anonymises the user's email address and identity almost entirely, so the developer never receives their real details.

On the face of it, it sounds brilliant. The user does not have to give out an email address to random companies anymore, and their accounts should be much more secure.  It means that Apple takes complete control over product marketing.

To make matters worse, Apple plans to force developers using third-party sign-in features to add its sign-in along with any competing ones, rather than allowing them to make the choice

Digital marketer Owen Williams writing in Char has warned that rather than competing on merit or features, Apple is backing developers and small businesses into a corner, forcing them to use the technology, and using the App Store—again—as a tool to further its reach.

One of the issues is that marketers need to reach new customers, you want to advertise to people like your existing ones–usually by creating something called a ‘lookalike’ audience. Tools like MailChimp, Google AdWords and Facebook Ad Network allow users to upload email addresses of customers, which are used to understand the type of customer buying your product and to narrow down advertising to similar people.

The practice is a critical part of reaching the right people, rather than blindly paying to target the wrong people, which makes advertising dramatically more expensive. The modern internet system depends on it. Sites and software depend on advertising and marketing to survive, and while it might be annoying, it props up the whole system.

Apple will get support from punters who think these things sound evil and strange, but in the process, it will kill off many favourite businesses and services couldn’t exist or practically reach customers.

Email remarketing, custom audiences and similar tools that rely on a simple email address are particularly important for small online retailers using tools like Shopify or Etsy to sell their items to the right people–they’d otherwise be running ads on Instagram with poor targeting, spending thousands in the hope of reaching the right person at random.

“Apple knows this, and that’s why it’s forcing millions of developers to adopt it, rather than convince them to use it. In iOS 13, Apple requires its sign-in service to be used if Facebook or Google sign-in is anywhere in their apps”, Owen wrote.

The result is that Apple drives that ad business, and all of the other revenue that comes with it, back to its platform.

He points out that Apple already blocks ads by default and aggressively controls or reveals trackers, but on its platform, apps can use as many trackers and ads as they like—because there's no way to see them.

“Apple uses the guise of privacy, which is a legitimate concern for all of us, to disadvantage a platform that competes.”

Apple sign-in will allow the company to do the same thing: by selling the tool as a privacy-focused feature, the company is building a new identity system that it owns entirely

But Apple sign-in is the ultimate lock-in which pushes punters to other services which are only available on Apple’s hardware.

There’s irony in Apple denouncing other companies’ collection of data with a sign-in service, then launching its own, asking that you give that data to them and trust them. Of course, with all these locked in services, it is harder to escape Apple’s clutches.

“It could, quite literally, be the beginning of the digital marketing apocalypse. This feature, and the way it’s being forced on developers, is a fantastic example of why companies like Apple and Google should be broken up: it’s clearly using the App Store, and its reach, to force the industry’s hand in its favor–rather than compete on merit”, Williams wrote.

Last modified on 10 June 2019
Rate this item
(0 votes)
Tagged under
More in this category: « Firefox will have a premium option Microsoft mulled buying Github in 2014 »
back to top