Microsoft working on a VR mat 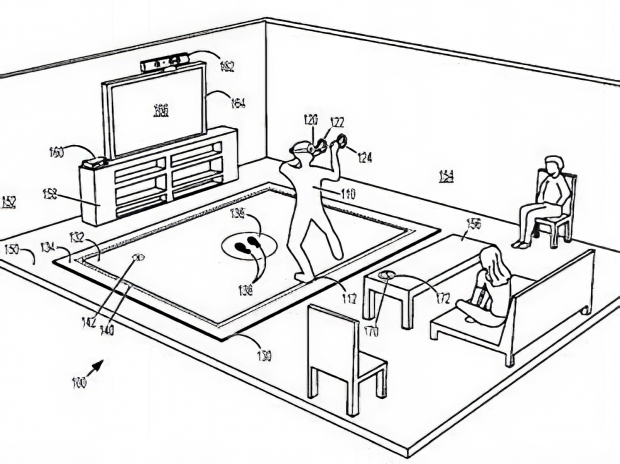 If you have space

Microsoft might be working on a virtual reality mat to stop you walking into things while using your VR.

The company calls it a “virtual reality floor mat activity region” in the patent application Vole filed to the US Patent and Trademark Office last week.

Microsoft’s mat includes tech capable of influencing your VR while also keeping you safe from the dangers posed by surrounding furniture. Built-in “fiducial markers” and “spatially distributed pressure sensors” would communicate with the VR console to pinpoint your physical location on the mat.

The patent mentions the possibility of putting “vibration devices” in the mat to make it, well, vibrate. Which would enable a 4-D experience when paired with the headset. Microsoft’s patent lists multiple configurations of possible VR mats, including one that would allow for some customisation options so you can personalise your play space.

There is a peripheral motion sensor used to play certain games on its Xbox 360 and Xbox One consoles. One of the images included in the patent shows the proposed virtual reality mat in a living room, and the spitting-image of a Kinect is visible on top of the TV. Microsoft directly mentions the mat’s potential to be used for gaming later in the patent: