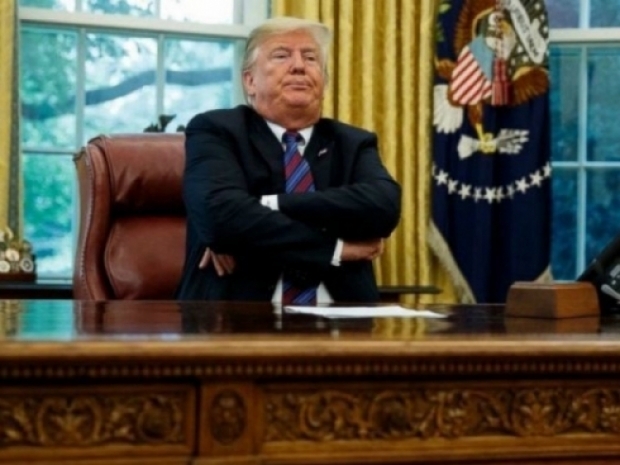 For the crime of deleting his false and misleading posts

US President Donald “inject the bleach” Trump is about to sign an executive order to shut down social media sites which warn people about his medical advice and other fake news.

“Republicans feel that Social Media Platforms totally silence conservatives voices. We will strongly regulate, or close them down, before we can ever allow this to happen”, Trump said in a pair of additional posts on Twitter on Wednesday.

It all kicked off when Twitter on Tuesday dared to tag Trump’s tweets about unsubstantiated claims of fraud in mail-in voting with a warning prompting readers to fact check the posts.

Trump's response claimed “conservative voices” were being censored - something we can't say we have noticed.

Twitter CEO Jack Dorsey said Trump’s tweets about California’s vote-by-mail plans “may mislead people into thinking they don’t need to register to get a ballot” effectively meaning they will not get a vote if they follow his advice.

lTrump’s tweets were labeled as part of efforts to enforce the company’s “civic integrity policy”.

In an interview with Fox News Channel on Wednesday, Facebook’s chief executive, Mark Zuckerberg, said censoring a platform would not be the “right reflex” for a government worried about being censored.

The American Civil Liberties Union warned that the First Amendment of the US Constitution limits any action Trump could take.

Trump also has to face a three-judge panel of the U. Court of Appeals in Washington on Wednesday that upheld the dismissal of a lawsuit by a conservative group and right-wing YouTube personality against Google, Facebook, Twitter and Apple accusing them of conspiring to suppress conservative political views.

The Internet Association, which includes Twitter and Facebook among its members, said online platforms do not have a political bias and they offer “more people a chance to be heard than at any point in history”.

The whole argument is ironic. Social media sites have been getting it in the neck for allowing fake accounts and misinformation to thrive. It is a case of being damned if they do and damned if they don’t. If Twitter does not censor misleading posts or lies then it gets accused of encouraging hate or helping to distribute fake or dangerous information.  Unfortunately that sort of thing is the stock in  trade of US politics.

Last modified on 28 May 2020
Rate this item
(3 votes)
Tagged under
More in this category: « Intel notes PC back from the dead Anti-porn filters saved Cummings »
back to top