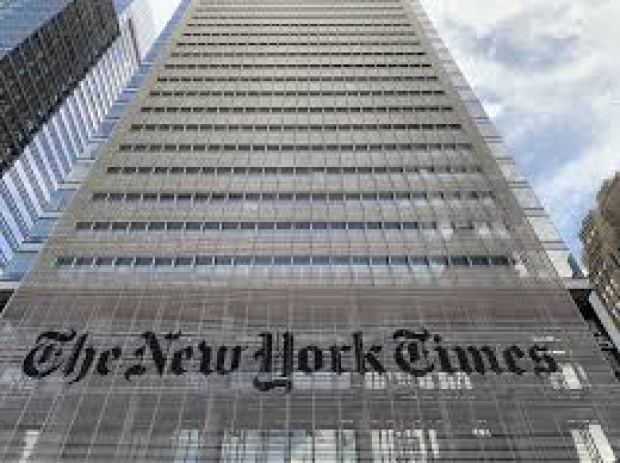 Realises that they want too much money

Founder member of the Tame Apple Press, the New York Times, has just realised that working with its favourite company is not the dream job it anticipated.

The New York Times said it was exiting its partnership with Apple News because it failed to meet its goal of getting new subscribers and funding free adverts for Apple quality journalism.

It moaned that Apple had given it little in the way of direct relationships with readers and little control over the business. It said it hoped to instead drive readers directly to its own website and mobile app so that it could “fund quality journalism”.

Times articles were no longer appearing alongside those from other publications in the "curated" Apple News feed available on Apple devices.

NYT chief operating officer Meredith Kopit Levien wrote in a memo to employees that the core to a healthy model between the Times and the platforms is a direct path for sending those readers back into our environments, where we control the presentation of our report, the relationships with our readers and the nature of our business rules.

“Our relationship with Apple News does not fit within these parameters.”

Jobs' Mob hit back saying that the Times “only offered Apple News a few stories a day” and it did not need them because thousands of publishers were fighting to use the service.

“We are also committed to supporting quality journalism through the proven business models of advertising, subscriptions and commerce.”

Apple’s aggressive promotion of Apple News on iPhones has given it an audience of roughly 125 million monthly readers, making the app one of the world’s most widely read news sources. But advertising in the app has generated little revenue for news organisations. For any subscriptions sold in the app, Apple also takes a 30 percent cut.

Last year, Apple introduced a new way for publishers to make money: Apple News Plus, a subscription service inside its news app that offers access to hundreds of publications, which typically have digital paywalls, for $9.99 a month.

Apple told publishers that the service would deliver customers they would not otherwise get. But many publications would be undercutting their own prices, and they would have to share half of the Apple News Plus revenues with dozens of other news organisations. Apple took the other half for itself.

The Wall Street Journal, the Los Angeles Times and Condé Nast, which publishes The New Yorker, Vanity Fair and Wired were dumb enough to take the bait only to find themselves underwhelmed by the sales.

In her note to employees, Levien said that exiting the partnership with Apple News was not expected to have “a material impact” to the Times’s business and that the company would work with Apple in other ways, including on apps, podcasts and hardware.

We guess that means that despite being shafted by Apple it will continue to lower its news value by offering over-enthusiastic reviews for over-priced and out-of-date technology penned by fan-boys who never compare Apple products to the rest of the industry. Some people never learn.

Last modified on 30 June 2020
Rate this item
(1 Vote)
Tagged under
More in this category: « Super Micro installed at Center for Scientific Computing Reddit finally bans hate speech »
back to top