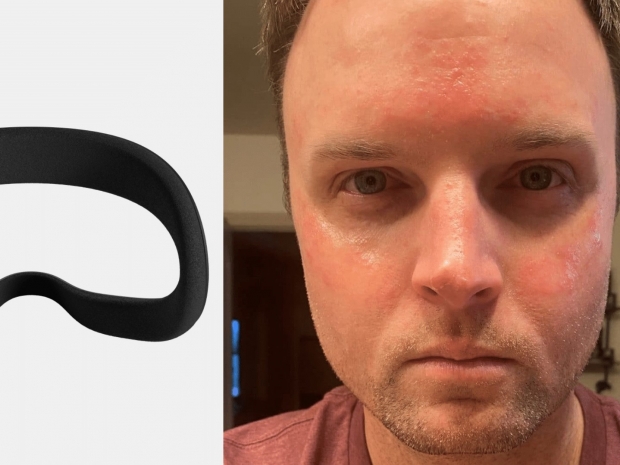 Facebook said on Tuesday that it is temporarily halting sales of the Oculus Quest 2, a month before a planned update to a new entry-level model with more onboard storage.

According to a Facebook post on the issue from earlier this year, the company says a “small percent” of Quest 2 owners have reported the issue.

However, some of the online cases have been bad enough to cause faces to puff up and eyes to close.

Facebook changed the manufacturing process of its foam face interfaces earlier this year, but the concerns still prompted Facebook to stopped selling the Quest 2 in coordination with the US Product Safety Commission.

Facebook's adding silicone facemask covers in future versions of the Quest 2, which will fit over the foam.

This is happening a month before Facebook is updating the Quest 2 with more storage: a new version of the $299 Quest that goes on sale on August 24.  The new quest has 128GB of storage instead of 64GB.

Quest 2 models will include the silicone face-cover in the box from that point onward. It's awkward timing for the move, but also looks like a chance for Facebook to replace Quest 2 stock with models that have silicone covers.

Last modified on 28 July 2021
Rate this item
(1 Vote)
Tagged under
More in this category: « AMD reported a stonking quarter Valve’s steam deck can run entire library »
back to top