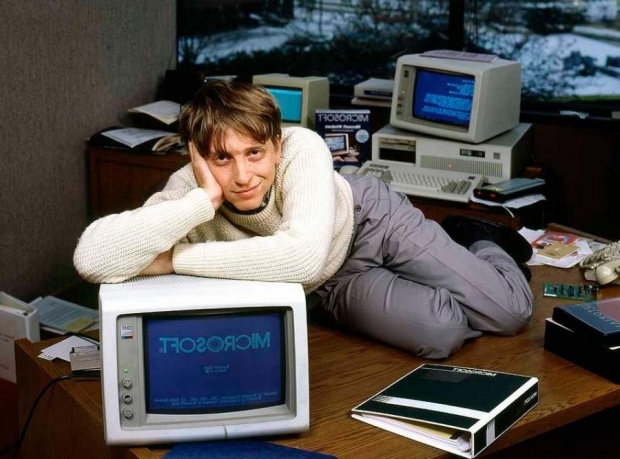 It seems that the knives are out for Sir William Gates III after Business Insider published an article in which he is portrayed as an office bully, who shagged staff and was rendered bullet proof by money and PR.

The Insider article quotes shedloads of unnamed insiders which does weaken the story considerably although the article does mention a former Microsoft board member Maria Klawe who told the paper "A person like Bill Gates thinks the usual rules of behaviour don't apply to him”.

Gate’s geeky image took a hit in 2019, a Microsoft engineer wrote a letter to the company's board alleging that she had been in a sexual relationship with Gates, spurring an internal investigation by Microsoft's board. Gates stepped down from the board several months after.

“After news of the affair went viral, the squeaky-clean reputation that he and his PR team had meticulously crafted over the years quickly unraveled. Female employees came forward with stories of Gates asking them out to dinner and details about his visits to strip clubs years ago emerged. Meanwhile, his meetings with Jeffrey Epstein, including a flight to Palm Beach on Epstein's private plane, came under further scrutiny.”

Gate’s PR machine came to the rescue again saying that Gates had "absolutely no business partnership or personal friendship" with Epstein, and any meetings between the two were about philanthropy.

All this becomes put into context when seen alongside the hints in fellow Vole founder Paul Allen’s biography. Allen said Gates was known for swearing and berating underlings. "That's the stupidest fucking idea I've ever heard" became a catchphrase for the CEO. He kept tabs on employees by memorising their licence plates.

Apparently, Gates tried to dilute Microsoft cofounder Paul Allen's equity in the company because he was "unproductive" while dealing with his first bout of cancer, Allen wrote in his memoir.

A former “Microsoft executive” said that while his management style could intimidate some employees, she appreciated his candor. "Bill yelled at everyone the same", she said.
Insider did find staff who recognised that Gates was just awkward in dealing with human beings and did not really know how to behave.

Another former executive, who had several solo meetings with Gates, said he could be awkward. "He doesn't know how to joke really or how to connect with people", she said. "If he told you he liked your hair, he wasn't trying to flirt with you. He just actually liked your hair."

Klawe was less understanding. She said that Gates should have known better, and he seemed to have a problem with women in the workplace.

Klawe who was a Volish board member from 2009 to 2015, said that Gates behaved as if he was the "smartest person in the room" and was unreceptive to suggestions about improving diversity in succession planning.

Gates would respond to those suggestions with statements like "'Are you trying to effing destroy the company?' The message was, 'Caring about diversity has nothing to do with the success of Microsoft", Klawe said.

It also appears to have been known about by the tech press. Robert X. Cringely wrote Gates attended exclusive after-parties at major computer expo trade conferences like Comdex and Demo and got off his face rather easily.

"All of us will have been at some affair where Bill was clearly impaired. He was "happier drunk", Cringely said.

What seems to be making the headlines though is the concept that Gates had a serious sex life, which clearly did not fit in with marriage or his image.

Once, after attending a presentation given by a female Microsoft employee in 2006, he asked her out to dinner by email. "If this makes you uncomfortable, pretend it never happened", Gates wrote in the email obtained by The Times.

Another thing was how the US tech press went out of its way to protect Gate’s image. Vole was spoon-feeding some of the well-known journalists who covered Microsoft really good stories, and in an exchange they were keeping more tabloid stories in their notebooks.

Gates stayed close to the press, so much so that he gained a reputation for hitting on female reporters who covered the industry

Insider names and shames Ziff Davis, one of the major tech magazine publishers of the time which in 1992 when columnist Will Zachmann published an article critical of Gates.

But once Melinda divorced Gates "the halo broke", a Microsoft employee told Insider. "Anyone who had stories could bring all those stories out."

Last modified on 10 September 2021
Rate this item
(2 votes)
Tagged under
More in this category: « Apple starts firing those who speak of its "harassment and sexism" Female robotics experts escape the Taliban »
back to top