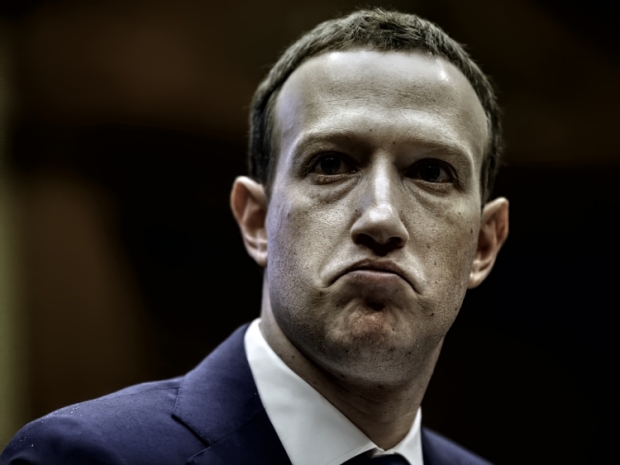 Mark Zuckerburg was having a bad day yesterday after a whistleblower revealed dark deeds and his glorious social notworking empire crashed to its knees due to a bizarre DNS flaw.

Zuckerberg's personal wealth has fallen by more than $6 billion in just a few hours as investors moaned..

The problem started at 11:30 am Eastern time, when some Facebook links stopped working with major DNS failures at Facebook being the apparent cause.

However, it soon became clear that the problem was more than a bog-standard DNS error. Facebook-owned Instagram was also down, and its DNS services -- which are hosted on Amazon rather than being internal to Facebook's own network -- were functional.

Cloudflare VP Dane Knecht reported that all BGP routes for Facebook had been pulled. With no BGP routes into Facebook's network, Facebook's own DNS servers would be unreachable -- as would the missing application servers for Facebook-owned Instagram, WhatsApp, and Oculus VR.U

Inside Facebook, the outage broke internal systems as well, leaving employees unable to get into offices and communicate easily with each other. Some were using work-provided Outlook email accounts, allowing Facebook workers to email each other but unable to send or receive emails from external addresses.

Facebook has blamed a "faulty configuration change" for the widespread outage, meaning they weren't hacked and it doesn't appear to be human error.

Facebook said a "faulty configuration change" on its routers was believed to be at the centre of the outage.

It said in a statement: "Our engineering teams have learned that configuration changes on the backbone routers that coordinate network traffic between our data centres caused issues that interrupted this communication.

"This disruption to network traffic had a cascading effect on the way our data centres communicate, bringing our services to a halt.

"We want to make clear at this time we believe the root cause of this outage was a faulty configuration change. We also have no evidence that user data was compromised as a result of this downtime."

The platform added it was working to understand more about the outage in order to "make our infrastructure more resilient".

All this came on the back of a whistleblower Frances Haugen, going public with a cache of documents which show Facebook is about as evil as a company can get.

Amongst them were allegations that internal research by Facebook (which owns Instagram) found that Instagram was impacting the mental health of teenagers but did not share its findings when they suggested that the platform was a "toxic" place for many youngsters.

During the Capitol Hill riots in January Facebook turned on safety systems to reduce misinformation during the US election - but only temporarily.

"As soon as the election was over they turned them back off, or they changed the settings to what they were before, to prioritise growth over safety, and that really feels like a betrayal of democracy."

Revelations included documents that showed that celebrities, politicians and high-profile Facebook users were treated differently by the company. The leaks revealed that moderation policies were applied differently, or not at all, to such accounts - a system known as XCheck (cross-check).

Last modified on 05 October 2021
Rate this item
(2 votes)
Tagged under
More in this category: « Apple rumoured to be getting into adverts Jedi shall not return »
back to top