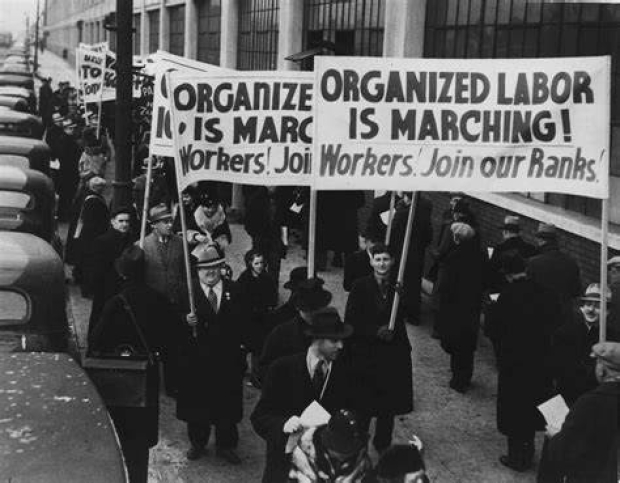 You see what happens when you hassle workers and cover it up? You get "socialism"

Still embroiled in a sex and bullying scandal Activision Blizzard now faces the very real possibility that its workers might unionise to protect them from their bosses' antics.

A regional director for the U.S. National Labor Relations Board on Friday ordered a union election for a group of workers at an Activision Blizzard-owned studio that works on the popular "Call of Duty" franchise, overruling objections from the company.

While there are very good reasons why a company with Activision Blizzard’s history might not want its workers collectivised and protected by a union, US companies generally oppose them on principle and tend to squash any attempts to form them.

In a 27-page decision, Jennifer Hadsall, a regional director in Minneapolis, ordered ballots to be mailed to employees on April 29. Workers will have until May 20 to return their ballots, and counting will begin on May 23, per the decision.

The election will cover roughly 21 workers in the quality assurance department at Raven Software in Middleton, Wisconsin. The workers will vote on whether to join the Communications Workers of America, a union that has played an active role in organizing tech employees in recent months.

An Activision Blizzard spokesperson said the company was "reviewing legal options regarding a potential appeal."

"We are disappointed that a decision that could significantly impact the future of our entire studio will be made by fewer than 10 per cent of our employees," the spokesperson said in a statement. "We believe a direct relationship with team members is the best path to achieving individual and company goals."

Of course, Activision Blizzard has functioned so well when managers were able to bully isolated workers, practice sexism and racism and basically do what they like. In fact, the outfit only started to see the error of its ways when workers have banded together to try to influence the company's future, including staging a walkout and circulating a petition calling for the removal of Chief Executive Officer Bobby Kotick.

Last modified on 25 April 2022
Rate this item
(0 votes)
Tagged under
More in this category: « Foxconn claims to have shunted production away from Kunshan Apple stuffing up Coinbase’s roadmap »
back to top