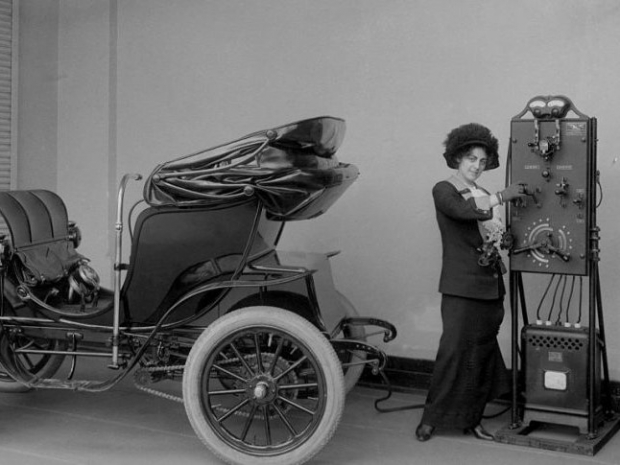 And 9 million bicycles in Beijing

Sales of electric vehicles have declined by 19 percent this year but there are still 24 million unit sales, according to a report from IDTechEx.

The sales slump was mostly down to COVID-19. Urban vehicles such as electric cars and two-wheelers have the highest unit volume, battery demand and motor demand, and, as consumer-driven markets, bear the brunt of the pandemic's impact. 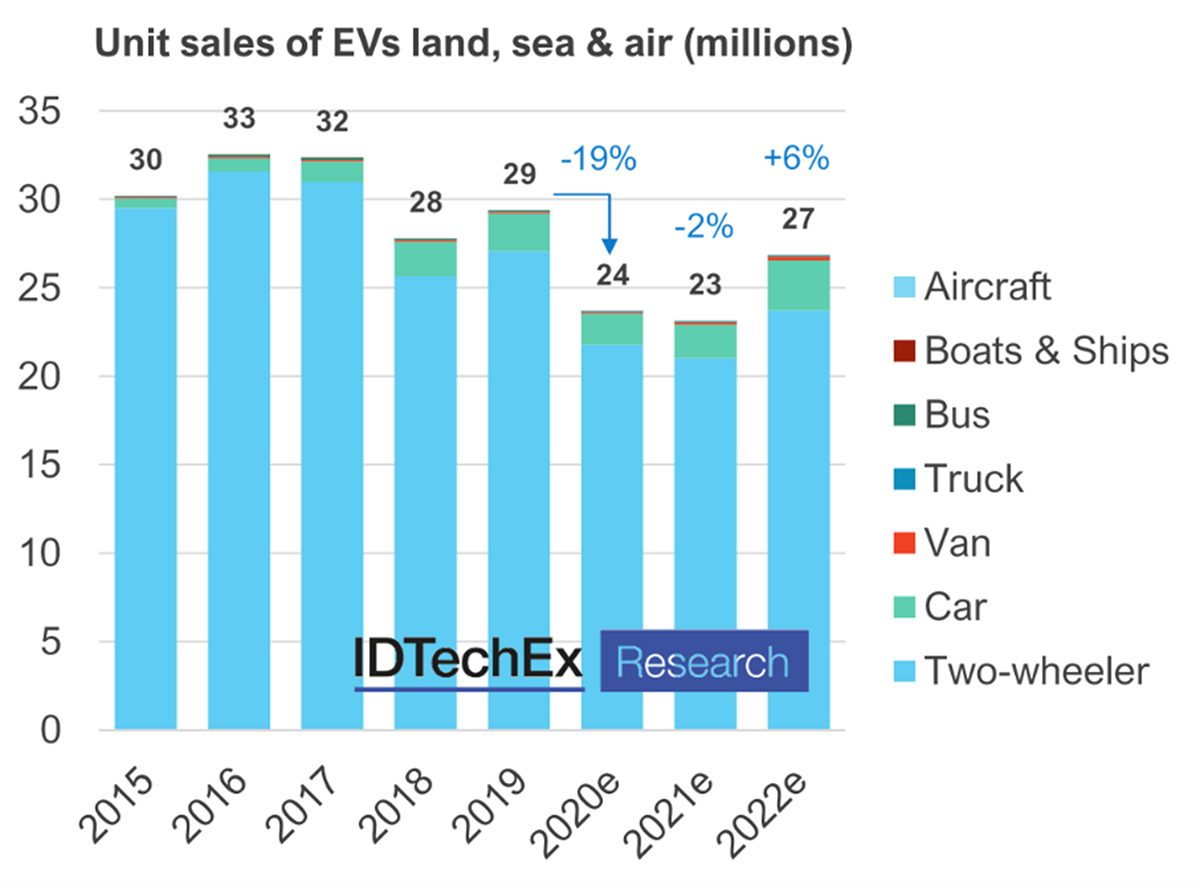 The volume of the electric two-wheeler market, which is just over 90 percent of the 24 million sales, may seem surprising. This volume comes from China, where the market is not growing. In fact, the S- curve is already over: the market peaked at roughly 30 million sales in 2016 after twenty years of growth and has stabilised at a slightly lower level - some 26 million were sold in 2019.

Since consumer purchasing power has surged, China's urban mobility preference and future growth is now with the car. However, due to the sheer volume of Chinese electric two-wheelers, it will take a while for other motorcycle-dominated regions with a will to electrify - like India - to make a dent in the global market.  It's predicted the 30 million mark will be surpassed again in 2029.

Despite making up over 90 percent of unit sales, Li-ion battery demand from two-wheelers takes only 11 percent of the market due to small battery sizes per vehicle and the dominance of lead-acid batteries in Asian micro-mobility segments.

In contrast, electric cars have the second-highest sales volume alongside relatively large battery capacities per vehicle, making up seven percent of unit sales but over 70 percent of the battery demand in the new IDTechEx report "Electric Vehicles: Land, Sea and Air 2021-2041": a share which increases for the next two decades.

COVID-19 and a global recession have increased consumer price sensitivity, which is a setback for more expensive electric cars. However, due to a backlog of orders for popular models, less price sensitivity from today's electric car demographic and the continued commitment of governments to emissions targets, sales have shown resiliency in Europe and the US and were mostly flat during national lockdowns.

IDTechEx expects H2 to show a modest recovery, but uncertainty remains high against the backdrop of a 'second wave.' In contrast, China's growth has been negative, but this was the trend before the pandemic with purchase subsidy reductions of up to 60 percent from July 2019: COVID-19 amplified but did not set-off this trend.

Moving to the seas, Li-ion battery adoption on ships has flourished in recent years as start-ups have capitalized on falling battery cell prices from automotive battery suppliers. However, while the industry is used to much longer sales cycles and a decline is less immediately visible, the impact is likely to be less fundamental and isolated to specific subsegments. For example, the cruise sector has seen passenger demand evaporate due to the risk of being confined out at sea with thousands of passengers: IDTechEx has learned of some major orders for hybrid cruises being delayed, whilst other projects have stayed on track.

Last modified on 16 October 2020
Rate this item
(0 votes)
Tagged under
More in this category: « Nikola tries to suppress embarrassing rolling truck video Tesla has his water cut off »
back to top