Review: The Beast is back

When it comes to factory overclocked GTX 680 cards, Point of View/TGT’s GTX 680 4GB Beast is definitely not the card to be ignored, as it comes with a hefty overclock and water cooling. Our today’s test will put the card through its paces, both solo and in SLI.

TGT tuning team made sure that the Beast moniker isn’t there for marketing alone and the clocks prove it. The GPU Base clock stands at 1137MHz; boost clock is 1202MHz while the 4GB of GDDR5 memory runs at 1603MHz (6412MHz effectively).

The factory overclock suggests that the GTX 680 4GB Beast should do very well against the competition, but it’s the water cooling that makes this card really special. TGT opted for AquagraFX water block made by Aqua Computer, a company that has won many awards with its products. 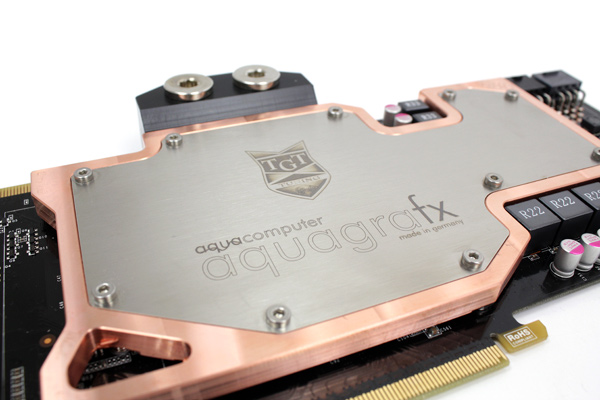 Before we move on with our testing, we should inform our readers of the changes TGT did on the card. The GTX 680 4GB Beast Watercooled launched more than a month ago, but back then it ran at lower clocks. The main difference between the new card and the earlier launched GTX 680 Beast Watercooled Edition 4GB is in the factory overclock. The new GTX 680 Beast 4GB uses Low Leakage Selection chips that TGT claims made the higher clocks possible. The new card has a Base GPU clock at 1137MHz, while the earlier one ran at Base GPU clock of 1111MHz. Users should not worry about whether they’ll buy the new card, because the company’s retail channels already carry the new card only. That the card is a new model is clear from the ‘Low Leakage’ sign highlighted on the box.