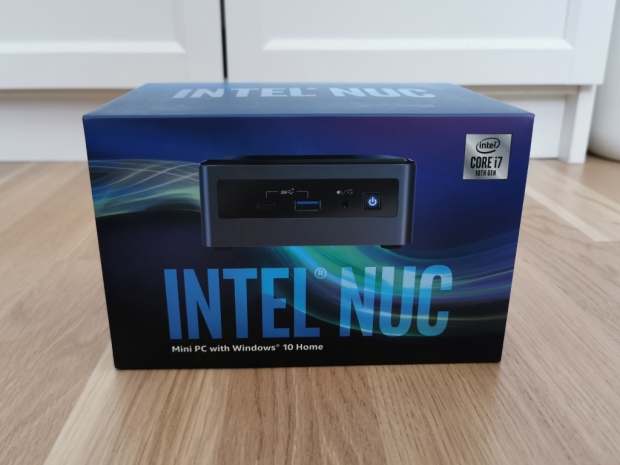 The machine we tested includes the Core i7 10710U and comes from the Comet Lake family. The NUC packs a 15W TDP six-core with twelve threads 14nm++ part with 1.1GHz base clock and Max Turbo all the way to 4.7GHz. It comes with 12 MB cache and has a configurable TDP to 25W. The notebook version of this processor usually stays at 15W TDP. Still, due to the thicker form factor, Intel allowed this processor to get a higher TDP and score higher performance compared to notebooks with the same CPU. 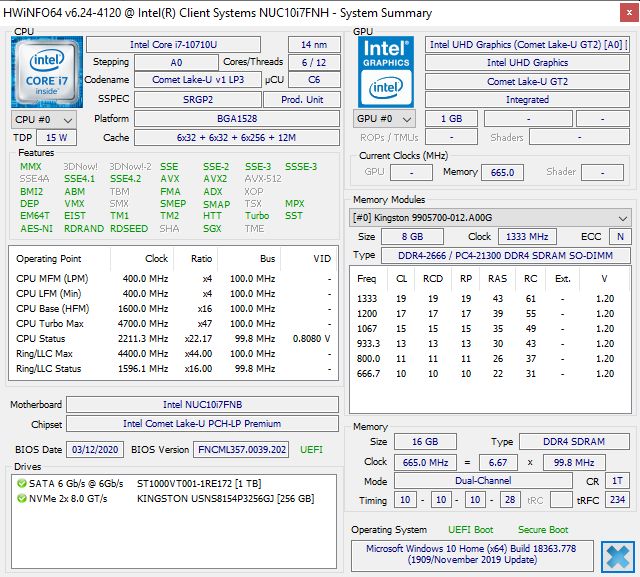 The configurable TDP lets vendors clock the base clock down to 800 MHz or up to 1.6GHz, depending on need. The configurable TDP down goes all the way to 12.5W, making it very mild. The 12.5W TDP would be a user case for notebooks as the test unit had the 25W TDP core.

The machine supports up to 64GB, two separate drives M.2 and SATA 3, and plenty of ports.