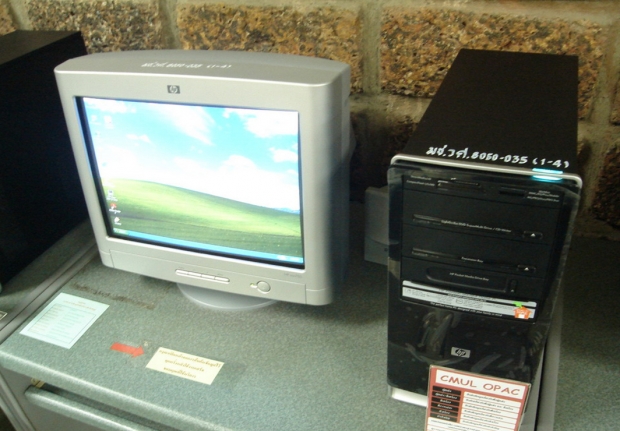 Beancounters at Gartner have been totting up some figures on a back of an envelope and reached the conclusion that PC shipments have dropped 9.6 percent.

If they got the decimal point in the right place, then this means that PC shipments are the lowest since 2007 which was the same year that Bulgarian, Romanian, and Irish become official languages of the European Union and people were not buying the PC pictured.

Manufacturers shipped 64.8 million machines in the period compared with about 71.7 million a year earlier, Gartner. US shipments declined 6.6?percent to 13.1 million.

Lenovo Group retained its hold on the top spot in the global market with 19.3?percent of first-quarter shipments, even as sales fell 7.2?percent from the year-earlier period.

The only one to grow in the US Apple which was up by just over a percentage, it has about 7 per cent of the market. In comparison in the U.S., Dell claimed 26.3 percent of the market, while HP had 23.7 percent.

Last modified on 12 April 2016
Rate this item
(2 votes)
Tagged under
More in this category: « Chinese restaurants fire robot staff Adobe’s Flash tester behind the times »
back to top