Israelis deal with cyber attack with an airstrike 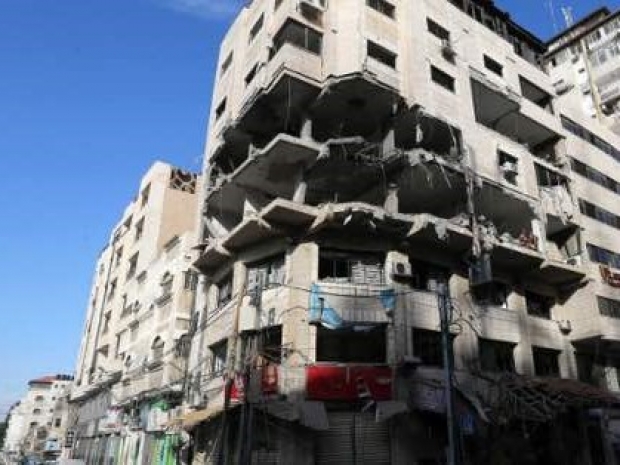 It did not stop at hacking back

Israel used real brute force to deal with a Hamas cyberattack. The IDF just carried out an air strike on the building where it thought the hackers were operating.

Israel Defense Forces (IDF) launched an air strike against a building in the Gaza Strip. They claimed it housed Hamas cyber operatives, which had been engaging in a cyber attack against Israel's "cyberspace".

The head of the IDF cyber defence unit claimed his team was ahead of the hackers all the time and failed. Israeli officials insisted that they first stopped the attack online, and only then responded with an air strike.

In 2015, the US became the first country to respond with military force to cyber attacks, when it used a drone strike to kill Junaid Hussain, a British citizen who was in charge of ISIL's hacker groups, and who was responsible for dumping personal details of US military forces online, via Twitter.

However, Israel's response against Hamas marks the first time that a country has reacted with immediate military force to a cyber attack in an active conflict, in real-time, rather than wait months to plan an operation and respond. Hamas's one contribution to hacking has been simple stuff which messes with the IDF's drones, and hacking Apple apps, so we are not looking at causing a melt-down at a local powerplant.

We also cannot be sure if the IDF got the right building and that the hackers were not operating from another site though a proxy. The limited reports implied that Israeli spooks checked the site out first so if you want to take their word for it they must have got the right place and not just bombed some guy's flat.

Outside observers are a little concerned as it went against the long-established laws of proportionality when using force.

Dr Lukasz Olejnik, independent cybersecurity and privacy advisor, research associate Centre for Technology and Global Affairs at Oxford University pointed out that if the cyber attack was thwarted using technical means what was the justification for using kinetic force.

"Any potential response needs to consider many factors, such as the complicated circumstances, including the conflict intensity, the perceived and genuine threat, and the actual actions. No sane strategist should consider a kinetic response to low impact cyber-activity when not engaged in a conflict."

Last modified on 07 May 2019
Rate this item
(0 votes)
Tagged under
More in this category: « Adobe subscription means price hikes EU investigates Apple for antitrust antics »
back to top