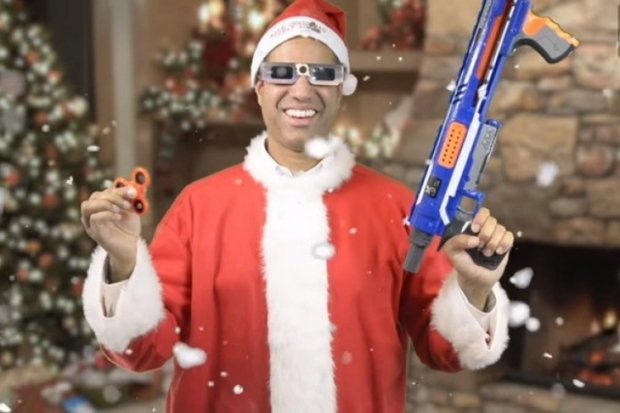 Moot point if it can ever

US President Donald [shooting starts when the looting starts] Trump’s attempts to force social media to carry his words of wisdom face an uphill battle from regulators who have said they cannot oversee the conduct of internet firms.

For those who came in late, Trump chucked his toys out of the pram when Twitter fact checked one of his posts and made him look like an idiot.  He dashed out an urgent law which allowed people to sue social media if they censor anything.

He signed an executive order that directed the Commerce Department to petition the Federal Communications Commission (FCC) to write rules clarifying social media companies’ legal protections under Section 230 of the 1996 Communications Decency Act.

FCC chairman Ajit Pai did not endorse the proposal but said in a written statement “this debate is an important one and the FCC will carefully review any petition for rulemaking”.

But Pai appeared to be just hoping that saying the opposite of what he said last year when he said that the FCC did not have a role in regulating websites like Facebook, Google and Twitter.

“They are not going to be regulated in terms of free speech. The government is not here to regulate these platforms. We don’t have the power to do that.”

Another Republican on the FCC, Mike O’Rielly tweeted that while he felt that liberal tech leaders were stifling conservative voices he was “extremely dedicated to the First Amendment which governs much here”.

Former FCC Commissioner Robert McDowell, a Republican, wrote on Twitter that the review is “based on political #speech management of platforms. So many wobbly parts to this govt ‘nudge.’ I don’t see how it survives”.

Boston College law professor Daniel Lyons said the FCC was not required to act on the petition “especially as the request runs contrary to the strong First Amendment protections that the agency has traditionally extended.”

He noted one of the 1996 law’s authors said his intent was not to create “a Federal Computer Commission with an army of bureaucrats regulating the internet”.

The FCC will spend at least a few months reviewing and likely seeking public comment before potentially drafting proposed regulations. It could take a year or longer to finalise any rules.

Twitter dubbed Trump’s executive order “a reactionary and politicised approach to a landmark law... Attempts to unilaterally erode it threaten the future of online speech and Internet freedoms”.

Alexandra Givens, chief executive of the Center for Democracy & Technology, said the order “not only violates the Constitution, it ignores 20 years of well-established law. The Executive Order is designed to deter social media companies from fighting misinformation, voter suppression, and the stoking of violence on their services”.

FCC Commissioner Jessica Rosenworcel, a Democrat, suggested turning the FCC “into the president’s speech police is not the answer. It’s time for Washington to speak up for the First Amendment”.

Last modified on 02 June 2020
Rate this item
(4 votes)
Tagged under
More in this category: « Facebook employees want to follow Twitter Sienna Cichlid GPU turns up – could be Big Navi GPU »
back to top