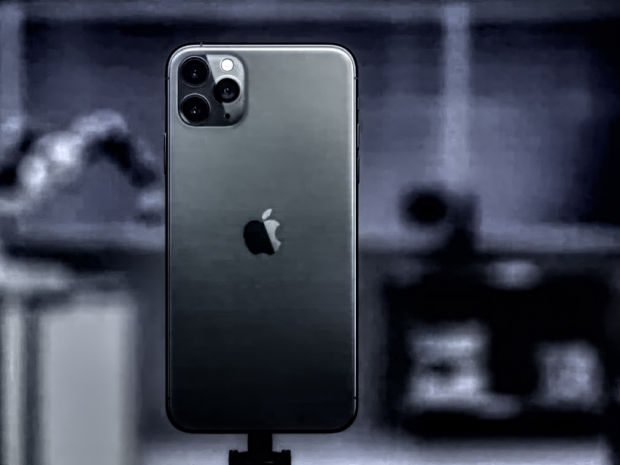 The jury is still out as to whether Apple is serious about design any more after it released an iPhone which broke most of Steve Jobs' design rules.

For those who came in late, Apple has unveiled the iPhone 11, 11 Pro and 11 Pro Max, which will appear in the shops on 20 September.

Apple is facing shrinking sales thanks mostly to its iPhone’s failure to capture the imagination of fanboys while jacking up the price. This time though some Apple fanboys are complaining about the ugly design on this iPhone.

The problem centres on the three-camera lens which are so obvious they look like bowling ball holes (or somone has tried to shoot it three times). This is the sort of thing that Steve Jobs would have screamed at designers for producing. Coming on the back of a Mac design which is based on a cheese grater, some are wondering if Apple’s design mojo has gone for good. Technology wise the three-camera lens is about all the novelty. And the iPhone 11 has a dual-camera system – the XR had one rear camera – built around wide and ultra-wide cameras, each 12-megapixels. Apple uses shading on the screen to help you get a sense of what's in the frame on wide shots.

There is a software feature called Deep Fusion. It uses machine learning and takes advantage of the neural engine inside of A13 Bionic to analyse each pixel in a photo, for texture, details, and such. Even before you press the shutter to snap an image, the phone automatically captures eight long and short exposure photos. When you take the picture the software mashes all the images together to produce the best one. It is created by the same software team which had problems with battery life and time zones so do not hold your breath.

All the newer models though are eclipsed by Apple dropping the prices for last year’s iPhone XR, now down to a starting price of $599 or the iPhone 8 at $449.

The iPhone 11, the nominal successor to the XR which it resembles, comes in six colours, and has a 6.1-inch Liquid Retina display. It will be available in 64GB, 128GB or 256GB storage capacities.

Apple spent a fair amount of time trying to convince the world that the new A13 Bionic chip was the fastest in a smart phone. Apple claimed it was the most power efficient chip it’s ever made by up to 40 percent, helping provide up to four extra hours of battery life for the new iPhone 11 Pro and up to five hours for the iPhone 11 Pro Max.

We have much to doubt about these sorts of claims and much awaits someone pulling the back off and testing the chip. A cynic would say that most users will not see any difference between the speed of the A13 and A10. But they might notice a difference in battery – which the iPhone has historically been rubbish.

Apple copied something like Google’s Night Mode feature that promises to let you automatically take good-looking photos even in dim light.  What a pity the Pixel had it first.

Last modified on 11 September 2019
Rate this item
(5 votes)
Tagged under
More in this category: « Apple goes pro with new iPhone 11 Pro and iPhone 11 Pro Max Asia gives iPhone the thumbs down »
back to top