Before we get into deeper details, in case you missed the original announcement, the Nvidia Geforce RTX series is based on the new Turing GPU, a gaming-oriented GPU which has elements of Nvidia’s Volta GPU.

Built on a 12nm manufacturing process, the Turing GPU is the second biggest chip Nvidia ever made+ at 18 billion transistors, just after the Volta GV100 one.

As noted earlier, the Turing GPU has a complex design, one which consists of standard streaming multiprocessors (SMs), completely redesigned for the sake of RTX series, as well as specialty RT and Tensor Cores, which are used for specific Ray Tracing and AI-oriented tasks, but we will get to that a bit later. 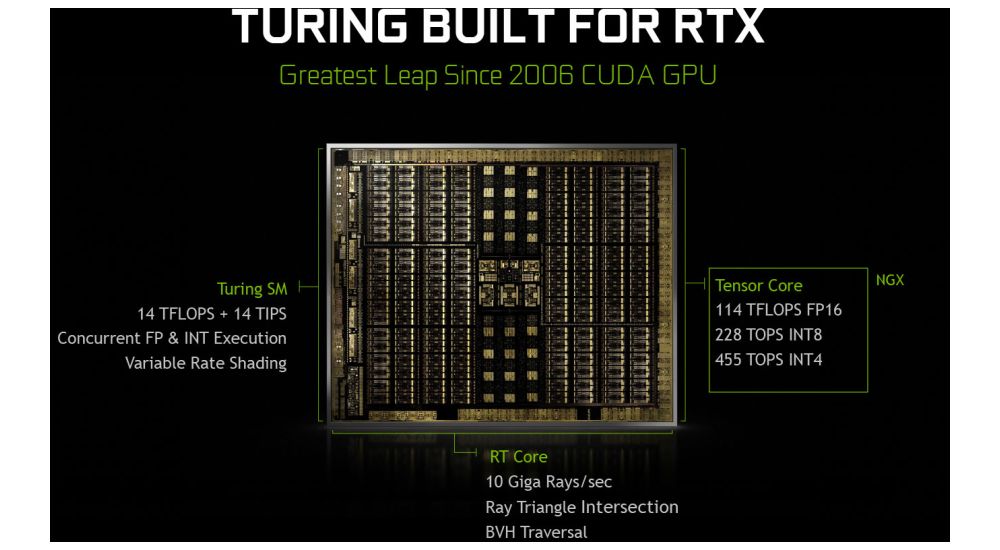 The Nvidia Geforce RTX 2080 is based on the Turing TU104 GPU, and it is still not a fully-enabled TU104, which leaves a bit room for a possible different SKU based on the same GPU. The TU104 for the Geforce RTX 2080 still features six GPCs, but it has two SMs per GPC disabled, leaving it with a total of 2,944 CUDA cores, 46 RT Cores, and 368 Tensor cores. It comes with 8GB of GDDR6 14Gbps memory on a 256-bit wide memory interface, leaving it with a memory bandwidth of 448Gbps.

The GTX 2070, which comes at a later date, is based on a smaller TU106 GPU, and while there was room to further cut-down the TU104 GPU, it appears that Nvidia is leaving room for a possible RTX 2070 Ti as well.

The TU106 GPU is pretty much the half of TU102 GPU, as it has three GPCs, each with 12 SMs, leaving the RTX 2070 with 2,304 CUDA cores, 36 RT cores, and 288 Tensor Cores. It is also worth to note that TU106 lacks NVLink interface, which is a new higher-bandwidth interface for connecting multiple (read two) graphics cards. 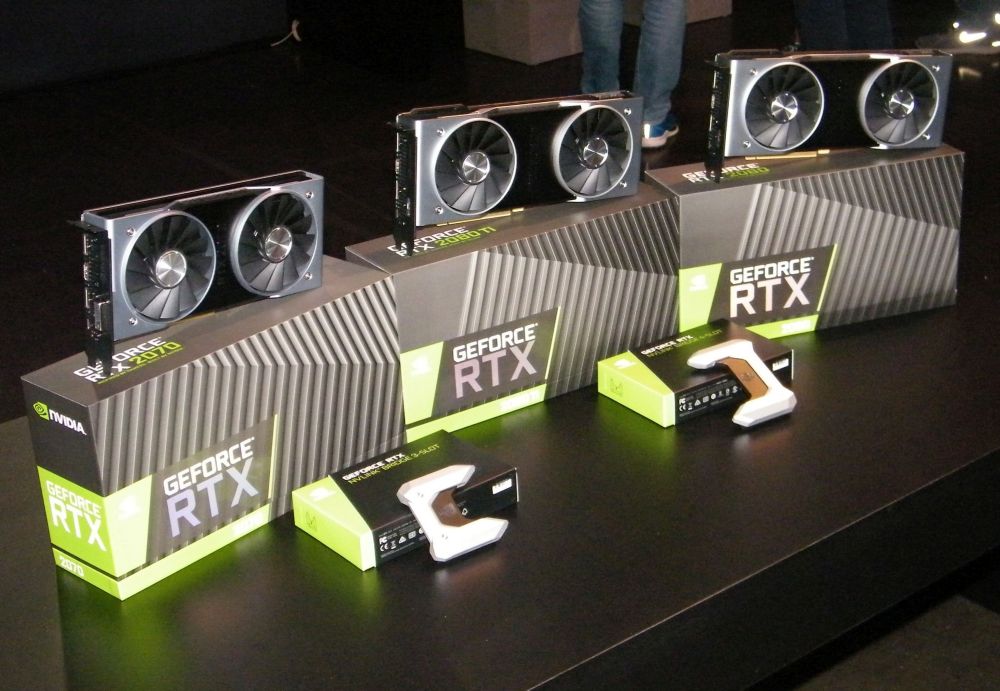