Even before we got to test the power consumption of the RTX-series, we were notified that there could be some issues with idle power consumption so we weren’t surprised when we hit those, but thankfully, Nvidia is promising a quick fix via driver update soon.

This is a bit more than the GTX 1080/1080 Ti but when you consider the performance per Watt, both the RTX 2080 Ti and the RTX 2080 are doing quite well, better than both the competition and the previous high-end GTX 10-series. 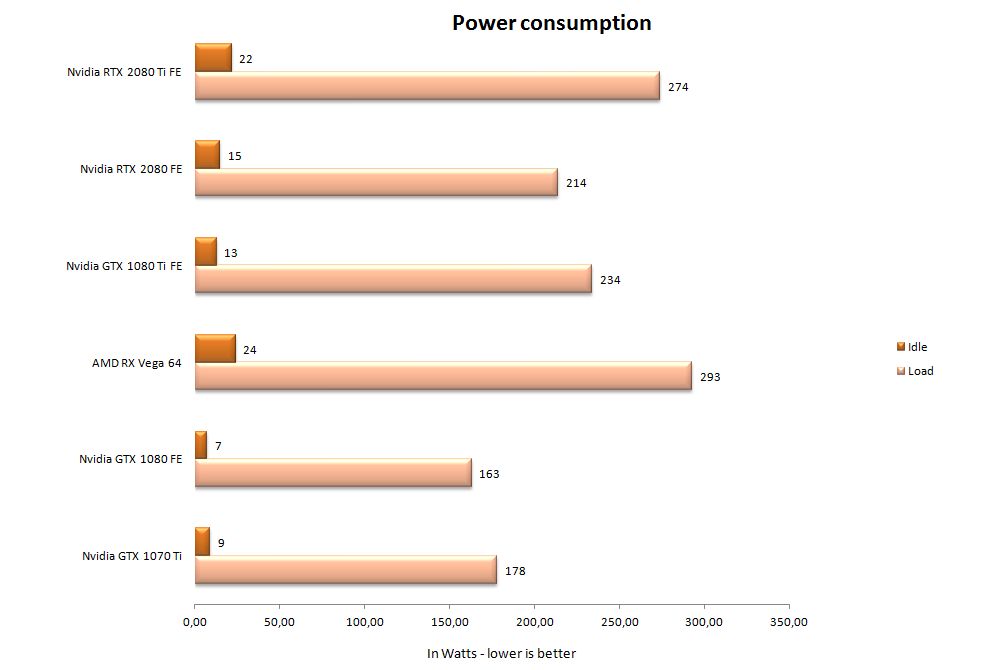 We did not get to check out temperatures in detail, but we did have a quick look showing that the RTX 2080 Ti hits around 37 degrees in idle and around 82 degrees under normal load in a closed case environment. The RTX 2080 pretty much sticks to the same 36 degrees idle but has a lower load temperature of around 73 degrees.

This did not come as a big surprise considering the new dual axial-fan cooling solution with big vapor chamber. While we did not have time to take the RTX series apart, there are plenty of sites that did,  showing a well-built cooler on Founders Edition RTX 2080/2080 Ti.

We also did not do a lot of overclocking due to time constraints so we will be looking at it more closely in future, especially the new one-click overclocking that Nvidia was so proud when RTX-series was announced.

We will update the article as we get more detailed results but so far, automatic overclocking works well.